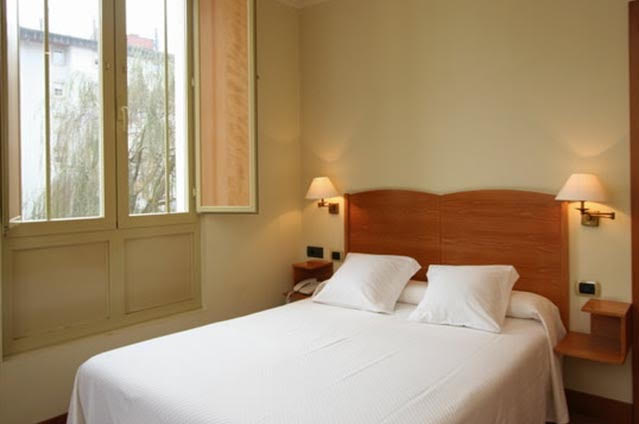 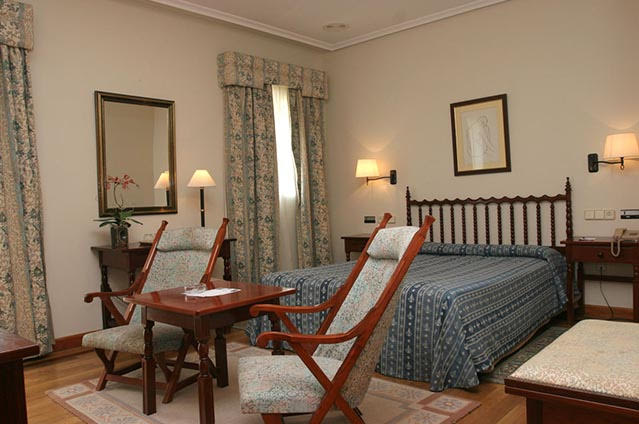 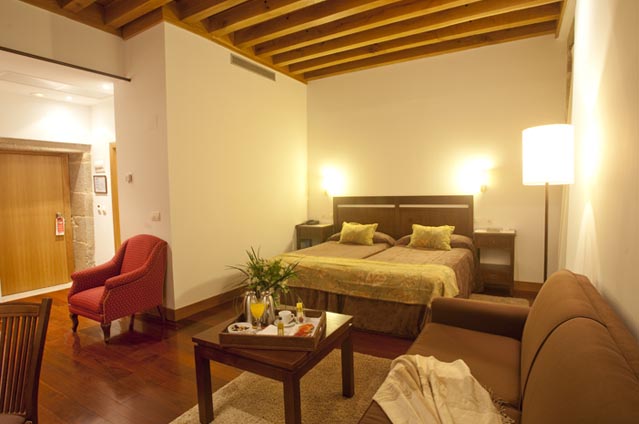 The Rota Vicentina is a series of walking trails located in the South West of Portugal that navigates through the Alentejo and Vicentina Coast Natural Park. Combining the Fishermen’s Trail, the Historical Way and several circular routes this trail combine both the rural charm of Portugal with the rugged coastline that has been shaped by the Atlantic Ocean. The Fishermen’s Trail which you will take from Porto Covo to Odeceixe is a coastline route that follows trails created by locals to get to the beaches as well as the best fishing spots and can only be travelled by foot. The majority of this route is also on sand trails which can be more tiring to walk on and it is recommended that you have good walking boots.
FREE 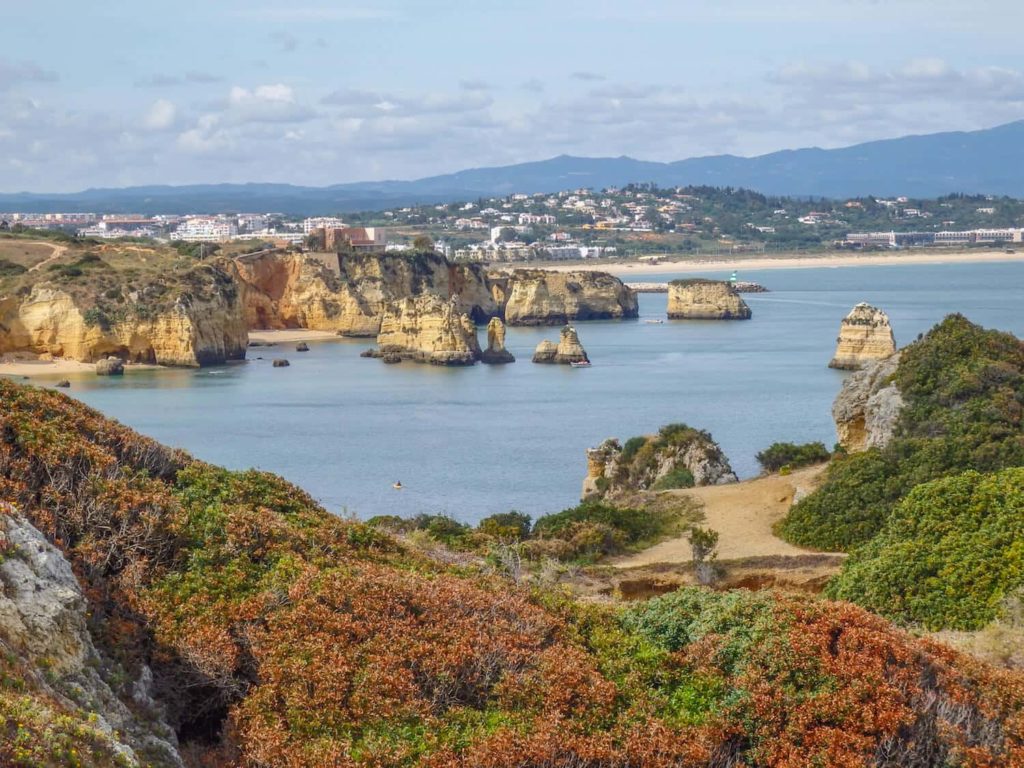 Porto Covo is a friendly fishing village renowned for its small white houses that were built by the Marques de Pombal after an earthquake in 1755.

Starting from the fisherman’s village of Porto Covo, you will spend your day on the “wild coast”. Walking along vast sand dunes on the Atlantic Ocean, you will discover small deserted coves where you may want to dip your toes until you reach the cliffs of Cape St Vincent. Once on the cliffs, which gives this coastline its personality, you are rewarded with sweeping views of the Atlantic Ocean. Walking along the cliffs the landscape is rich in flowers and plants which make it a delight for the senses before finishing off in Vila Nova de Milfontes. Vila de Milfontes contains a few historic and noteworthy buildings and monuments, such as the Forte Sao Clemente Castle which was built in the 16th Century to deter the pirate’s attacks and makes a lovely backdrop for photos.

Today, you will cross the river Mira (by ferry €5 per person) before passing through farmland and coming to the beach of Furnas. After this beach, you will skirt a protected reserve, where it is the only place in the world to find the Plantago Almogravensis, so be sure to keep on the designated trails. Leaving the protected reserve you are welcomed by large agricultural fields that appear to reach the sea before entering a forest of acacia trees and then returning to the shore. Continue along the empty golden sands of Brejo Largo beach, which is surrounded by craggy cliffs, then follow the coastal footpath that deviates inwards to get to Almograve, the largest village in the region that has a couple of good restaurants serving traditional Portuguese food. As today is a short day walking you may want to bring a picnic to have on Brejo Largo beach and soak up the tranquillity of this area.

Today you will have abundant opportunities to get panoramic shots of the surrounding landscape as well as a “selfie” on the cliff tops with the Atlantic Ocean crashing behind you. Leaving Almograve you will head towards the small fishing harbour of Lapa das Pombas. The trail from here follows the cliffs providing panoramic views of the red sand dunes and the Atlantic Ocean before entering a pine forest and then continuing along cliffs that are continuously battered by the Atlantic Ocean but where you will witness storks nesting. Passing the lighthouse of Cape Sardão, you will then come to your stop for the night, Zambujeira, a seaside town where you can breathe the sea air and sample fresh fish in family-run restaurants.

Today’s walk starts from the beach that is overlooked by the beautiful chapel of Senhora do Mar. You will follow the trail over the cliffs to the beach of Alteirinhos, then through pine and acacia forests before returning to the beaches of Carvalhal, Machados and Amália. Leaving the beaches, you will reach the village of Azenha do Mar situated on the top of the cliffs and where we recommend that you take a break. Take an opportunity here to swim in pools that were dug into the cliffs in the 50s then sample some local specialties of shellfish or fresh cod. After refuelling, you will continue onto Ponta em Branco (white summit), named for the colour of the sediments that form its summit. This also marks the border between the Alentejo and the Algarve regions and provides sweeping views of the area before you reach the village of Odeceixe.

There is the option to lengthen today’s walk by 9 km by following the Fisherman’s Trail out to the beaches of Odeceixe or Amoreira where you can enjoy a refreshing dip in the Atlantic Ocean. For this extra loop, you would leave Odeceixe following the Fisherman’s trail to the beach then continue along the cliffs where you are greeted at every turn with breath-taking views and using your imagination may be able to spot a rock in the form of a dragon! Following the trail back inland you will re-join the Historical Way. Alternatively, if you would like to stick with the suggested 18kms of today when leaving Odeceixe you will follow the Historical Way heading south crossing farmland that is interspersed with areas of pine and eucalyptus trees, as well as orchards of olives, citrus fruits and figs that lend an enticing aroma to the air. After the village of Rogil you have the option to detour to Amoreira beach or simply continue on the Historical trail to Aljezur. Set in a fertile valley known for its sweet potato crops, the town is split by the river with on one side the old town and the other the new. In the 18th Century, malaria was rife in the town so to get away from the disease the ‘new’ town was built on the other side of the river.

Leaving Aljezur, which is overlooked by the Moorish Castle from the 10th Century and is one of seven that are represented on the flag of Portugal, you have the option of shortening this route by taking the inland Historical Way through the quiet Portuguese countryside which is only 9 km long. We would recommend however that you take the more visually rewarding Fishermen’s Trail which brings you by the beach of Monte Clérigo and Ponta da Atalaia where there are remains of a Roman Watchtower built by the Roman Emperor Julius Caesar during the 1st Century and will give you many photo ops along the way. While walking through this area of dunes the air is permeated with the aroma of fragrant, medicinal, and edible rare plants. Turning away from the coast briefly you will then arrive into your destination for the night Arrifana where you will be greeted with an awe-inspiring view of the Praia da Arrifana.

Leaving the small fishing and holiday village of Arrifana you will travel today on the Historical Way. Crossing a sandy heath you will descend to the Canal beach, a mainly pebble beach with a small sand strip that is frequented by both fishermen and surfers and can make an interesting spot to stop and watch the fishermen at work in this rolling ocean as well as any brave surfers taking on the waves. Ascending from the beach, you will spend the rest of today inland moving through woodlands of pine, eucalyptus, cork, oak and strawberry trees followed by a more sparse countryside before you arrive at the village of Bordeira. Continuing on through lush green valleys, the landscape becomes drier as you approach your destination for the night, Carrapateira which sits on a small headland of limestone cliffs. An interesting fact about this area of the Natural Park is that the Cork trees you will pass are part of the almost 50% of cork production in the world that comes from Portugal, so it may well be that a bottle of wine you have enjoyed had its cork stopper from this very region.

From Carrapateira, today you will take the Historical Way and will move further inland and actually leave the Natural Park but still be surrounded by lush green valleys. Heading firstly to the quaint village of Vilarinha before arriving to the half way point of today Pedralva. Over 100 people once inhabited this village but by 2006 only 9 original inhabitants were left. Since then the village has undergone extensive rebuilding to restore and maintain the heritage and spirit of this ancient village. Leaving Pedralva you will continue further south ascending back into the Natural Park. Passing windmills that are the first indication you are getting close to the tip of not only the most southwesterly point of Portugal but of the European continent that is fully exposed to the Atlantic Ocean. Arriving into the pretty town of Vila Do Bispo you will be spoiled for choice for restaurants providing a plethora of local delicacies.

Leaving Vila Do Bispo behind today you will initially be on the Historical Way before having to decide then if you wish to continue on the Historical Way or, as we would recommend, taking the unforgettable coastal walk to Cape St. Vincent, which will provide many with an opportunity to get some canvas worthy photos. Traversing cliffs and ravines of ancient dark red rocks you are surrounded by vegetation and strong aromas whilst rewarded visually with wonderful coastal panoramas of the lighthouse of Cape St. Vincent on the horizon which gets ever closer. The lighthouse at Cape St Vincent is built over the ruins of a 16th Century Franciscan convent. It guards one of the world’s busiest shipping lanes and is among the most powerful in Europe with its lamps being visible up to 60km away. We recommend to take the bus from the lighthouse in Cabo de San Vicente to Sagres and enjoy a walk in Sagres. The walk from Cabo de San Vicente to Sagres is 6 Km on the hard shoulder of a tarmac road. The small town of Sagres is perched on a rocky outcrop and will not disappoint for the end of your journey. From its selection of fine places to wine and dine, to the opportunity to witness a crimson sun setting into the sea in the West whilst a crimson moon rises in the East.

Today we bid you Adeus!