This walking holiday features an incursion into the alpine meadows, hayfields and wild forests of Romania. Most of the hiking occurs on forest trails or field walks, but there is some ridge walking involved! The no-snow season is mid-May to November in Bucegi Massif. The rest of the hikes are snow-free much quicker, maybe the first weeks of April. Even if there is still snow in May and possibly early snow layer in November, a good pair of mountain boots should be enough. For the winter and early spring months, Bucegi massif traverse may require snowshoes or touring skis (depending on whether the path has been walked or not). Late March and April are extremely pleasant to walk as the days grow longer and there is enough power in the sun radiation (that is during sunny days), to allow you to walk in a T-shirt even at 0 Celsius. During the typical winter days and early spring (March), Bucegi massif may be throwing quite extreme weather at hikers, so decision making is very important, especially as we are talking about self-guided trips. Also, the weather changes very quickly so, again, for these months, hikers should be aware of the conditions and also their endurance, technical and orienteering level and adapt their decision making.
FREE 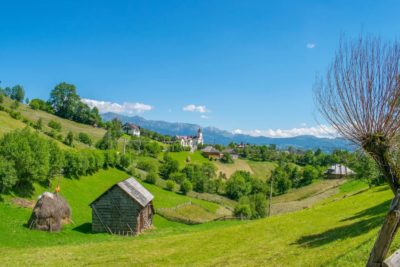 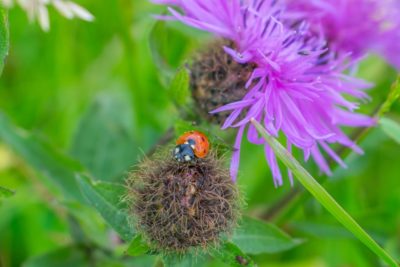 Arrive at Bucharest airport and make your way to the railway station in Bucharest. You can either take a bus or a taxi.
Take the train to the royal resort of Sinaia and relax for the night.

Day in Bucegi Natural Park. Bucegi is believed to be the Dacians’ (ancestors of Romanians) holy mountain Kogainon, on which their God – Zalmoxis resided in a cave. On the plateau, the wind, and rain have turned the rocks into spectacular figures are known as the “Sphinx” and “Babele” (the old ladies), whose existence supported the mystical role of the mountains. You can either walk the whole route or take a taxi or the cable car, getting you to various starting locations. You climb up to 2000m/2200m altitude on the mountain plateau. Here, depending on the weather on your physical condition, you can either just head towards your accommodation, or you can spend a few hours walking on the plateau and discover some strange rock formations that made the mountains famous: the mushrooms, the old ladies, the Sphinx.

Here you start descending through a mix of wooded landscape and vast open spaces shaped by glaciers till you reach Ialomita river valley and find your accommodation at 1600 m altitude in Pestera.

Hotel Pestera sits in the central valley draining Bucegi plateau so your options to get to Bran are numerous. The one described here climbs to Omu Peak at 2500m in order to descend to Bran via Ciubotea valley. Apart from the summit itself with large views of both Valachian and Transylvanian mountains, one beautiful sight is Obarsia Ialomitei waterfall that you encounter roughly one hour into the trek.

Ciubotea valley doesn’t present significant technical passages, but in case of bad weather, the other two options are recommended, one crossing over Batrana Peak at 2186m and one over Strunga Pass at 1900m. You will have all details in the roadbook that will be sent to you prior to the departure. Overnight stay in a guesthouse in Bran.

Today you quit your accommodation in Bran, and passing near Bran Castle again (which if desired, you can visit) you start climbing towards the altitude village of Magura. Your path bounces north and south of an ascending ridge, from sunlight to shade, from hay meadows to wild forest, up to Magura peak. A quick descent brings you to the centre of this dispersed typical mountain village, and after another 20 minutes crossing the village, you find your accommodation for the night.
Dinner and accommodation in 3* guesthouse.

Round trip in Piatra Craiului National Park – The King’s Rock – is one of the most beautiful mountains in Romania, very rocky, a thin high limestone strip, 22 km long, considered a geographical accident of the Southern Carpathians, due to their gentle peculiar profile in contrast with the massiveness of the surrounding relief forms. It is also home of The Carpathian Large Carnivore Project, as although the Romanian Carpathians cover less than 1.5% of the European surface west of Russia, they are home to almost one-third of all European large carnivores: the estimated number of bears is over 6,000, there are about 3,000 wolves, and some 2,000 lynx.

Your walk starts with a short descent and then a section of Zarnesti Gorges, narrow limestone passage leading up to the wooded slopes of Piatra Craiului Mountains. You then cross a patch of virgin forest opening into the meadows at the feet of the craggy eastern side of the Northern Ridge. The last climb is through green meadows ascending smoothly to Curmatura Hut.

From here, depending on your physical shape and the weather, you can climb Piatra Mica peak at 1750 m altitude – 300 m above Curmatura Chalet, your original destination – involving some limestone scrambling, 3 passages on fixed chains, some narrow ridge walking, and a technical 400 m descent on a tricky gravel path through the forest.

The descent takes you to Zanoaga Meadow and its old sheepfold, then a steep descent through the woods brings you back at the start of the gorges. In the afternoon you climb back to Magura for dinner and accommodation.

After breakfast, it is time for your last walk, taking you to discover the alpine meadows of Magura and Pestera villages. The landscape is typical for the Romanian altitude hamlets, with scattered households on the heights, meadows dotted by haystacks, and the occasional summer lodges. You traverse on a path with wide-open views of Bucegi and Leaota, through the scattered hamlets, back to Magura.

Transfer to Zarnesti from where you take the train to Brasov. Time to explore Brasov, this beautiful medieval city, considered the center of mountain tourism in Romania.
Accommodation in a 3* hotel centrally located in Brasov.

Today you will explore the surroundings of Brasov. The wooded massif of Postavaru rises to almost 1800m altitude and hosts one of Romania’s nicest ski resorts. So, after a bus ride to Poiana Brasov, you can decide to take the cable car up to the summit for a beautiful 360 degrees view of the Southern and Eastern Carpathians around Brasov. From here, a 4-5h trek will bring you to the old centre, following a wooded ridge and offering a beautiful viewpoint of old Brasov from the top of Tampa. Alternatively, you can start from the bottom of the cable car, in Poiana Brasov resort and reach the same place, or decide to only go for a tour of Tampa mountain, a roughly 3h endeavour up and down.

In the afternoon you take the train to Bucharest – the capital city of Romania.
Accommodation in Bucharest in a 3* hotel in the city center.

Time to explore Bucharest, an astounding metropolis standing at the crossroads between East and West, once known as Little Paris, nowadays making a beautiful comeback after the communist aftermath.

Transfer by public bus or taxi to the airport to catch the flight home.