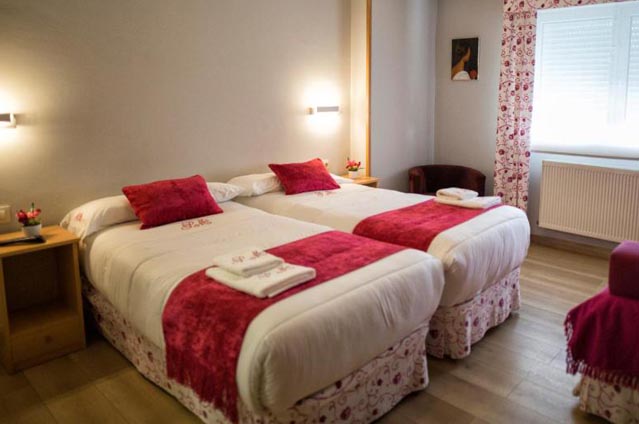 The Cotswold Way is a 164 km trail that crosses areas of outstanding natural beauty with remarkable panoramic views. Most of it runs along the Cotswold Edge escarpment of the Cotswold Hills in England. Going through typical and charming villages will make you feel standing out of time.
FREE

The wool churches are English churches financed by wool merchants against insurance to have a place in heaven. Those enormous buildings were often built to replace smaller churches. They were the display of the health, status, and faith of the families. They are a symbol of England and especially of the wool trade during its Golden Age.

A Jacobean manor was owned by the Tewkesbury Abbey for 800 years before the Tracy family took it. The most stunning thing about this magnificent place is its 300 feet single-jet fountain, the highest in Britain, and with the highest gravity in the world! In addition to the outstanding manor, an 18th century style garden is a peaceful place where numerous weddings were running!

In the heart of the Cotswold, this distillery makes its own whiskeys and spirits with the local barley. Using the old techniques for the malting since 2014, the distillery was helped by two famous men, Harry Cockburn and Dr. Jim Swan. Don’t miss the chance to pop up in the distillery and have an amazing time with a lot of explanations about whiskey making!

The route begins at the Town Hall in the center of Chipping Campden. The first part of today’s walk marches up a hill out of town. Once on top, you will get your first look at the view which will accompany you most of your way to Bath. An interesting point in today’s walk is Dover Hill. Here, there are Roman remains of ancient farming techniques and is also is the site where 400 years ago the Cotswold Olimpicks were held.

The highlight for today is Stanway House: a country manor house with a beautiful fountain and colourful gardens. About one km after this, you get to the small town of Wood which is then followed by a long uphill accompanied with terrific scenic views over Stanton. This place is also nice for catching your breath and enjoying a picnic. One of the last towns you get to visit today before reaching your destination is Winchcombe, a charming town with a unique ‘Wool Church’.

Today will start with the challenge of climbing Cleeve Hill. You will be rewarded however with an extraordinary overview of Cheltenham which will accompany you through this part of the day. Before arriving in Birdlip, you will also find Prestbury Hill and the Dowdeswell Reservoir.

One of the touristic spots of today is Cooper’s Hill, the site of the annual Cheese-Rolling and Wake event (held on the Spring Bank Holiday). After this point, you will reach Painswick Beacon from where you’ll get a nice and clear view of the Iron Age Hillfort. At the end of this day, you will find yourself in the middle point of the Cotswold way: Painswick.

Painswick is a favourite location for a resting day. However, if you choose to keep on track you will start descending from Painswick to cross the Wash Brook before ascending again onto Edge Common which offers a great view over Painswick. From here, there is a lovely walk through woodlands until you reach Haresfield Beacon, the path then goes around the towns of Stonehouse and Stroud before arriving at King’s Stanley.

The Cotswold Way between King’s Stanley and Wotton-under-Edge is one of the more strenuous sections of the trail, however, you will find it is worth the effort once you see the amazing view from Coaley Peak on Frocester Hill. There is also some walking through the woods for today before you descend to Wooton-under-Edge.

The journey starts in Valley Road and uphill into the woods. There’s also a good bit of downhill in today’s walk as you approach Wortley. One interesting point to visit once you’ve reached Old Sodbury is the church, which is around 900 years old and still has some of its original features.

After yesterday, today will feel like an easy walk with enjoyable parkland landscapes, charming little towns like Tormarton, and places like Dyrham Park which is a perfect stop for lunch. After lunch, you will continue through Dyrham Woods which will take you down to Cold Ashton, a lovely village with a glorious view.

As you head south-west downhill through the fields, you will reach Liliput Farm and steadily climb back up again until you reach the location of the civil war battle of Lansdown (fought in 1643) where you will see a sequence of plaques describing the progression of this battle. You will also walk through Weston and climb to reach Summerhill Road for the final descent into Bath from Sion Hill.

After breakfast, we bid you farewell. Bath has a lot to offer: gorgeous architecture, iconic sights, and captivating history, so take your time to enjoy this incredible city before your departure.