Home > Blog > The Life and History of Saint Francis of Assisi 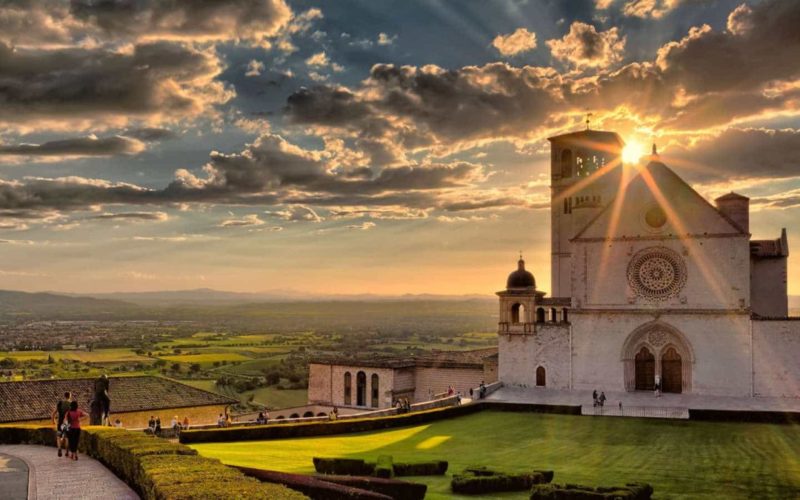 Saint Francis is a co-patron Saint of Italy with Saint Catherine of Siena. Born in Italy to a prosperous silk and spice merchant father and a noblewoman mother, Saint Francis was one of seven children. In his early years, Francis studied Latin and vernacular, music, poetry, French and Provençal. Saint Francis’ born name was Giovanni di Bernardone, but his father, Pietro, began calling him Francesco (“the Frenchman”). When Saint Francis was born Pietro was in France on business, so it is suspected this is where the name Francesco came from.

Francis’ courageous spirit brought him to war. Francis was held in captivity as a prisoner of a war between Assisi and Perugia. Francis came home from his captivity very sick, which many credit the reason to be the spark of a spiritual crisis. After healing, in 1205, Francis enlisted in the army of Walter III, Count of Brienne. When he arrived with the army, he had a vision from God telling him to turn around and go home. The vision is said to have been an exchange that had gone like this:

“Francis, who do you think it is better to follow, the Master or the servant?”
Francis answered: “It is the Master.”
“Why then,” continued God “do you worry to look for the servant instead of the Master?”
“What is it your pleasure I should do, my Lord?”
“Return to Assisi, This is not your life.”

This marked the end of Francis’ military career as he headed back to Assisi. Next, Francis went on a pilgrimage to Rome. Upon arrival, Francis donated all of his money to the church and traded his clothes for clothes a beggar would wear. Upon arriving back in Assisi, Saint Francis’ compassion was highlighted in an instance with a leper. Overcoming the instinct of self-preservation, instead of shying away from the leper, Saint Francis approached him with open-arms and kissed him with love and walked away. Looking back, he noticed the leper had disappeared. It was Jesus Christ returning to Earth to receive a kiss from his faithful servant.

“See in what manner God gave it to me, to me, Brother Francis, to begin to do penitence; when I lived in sin, it was very painful to me to see lepers, but God himself led me into their midst, and I remained there a little while. When I left them, that which had seemed to me bitter had become sweet and easy.”
Saint Francis quickly became misunderstood by friends and family. This lead to Saint Francis being financially cut off from his father. Saint Francis then left Assisi for a while and settled in a town called Gubbio. Here, a wolf was tormenting a town. Saint Francis is said to have domesticated and tamed the wolf, ending its tormenting. This was Saint Francis’ first miracle.

Founding of the Franciscan Orders

The “Order of Friars Minor” is commonly called the “Franciscans.” The Franciscan Order was approved by Pop Innocent III orally in July 1210 to Francis and his companions. The group was tonsured, which is the practice of shaving one’s scalp as a sign of religious devotion or humility. The group preached on the streets and had little to no possessions. From this point on, the order rapidly grew. The order became divided into provinces and different groups of the friars were sent to France, Germany, Hungary, and Spain and to the East. Upon hearing about five brothers dying for their faith in Morocco, Francis returned to Italy through Venice.

Today, three separate congregations, or sects, exist. There are the Clareni, Minorities of Narbonne, and Reform of Johannes de Vallibus. Franciscans are sometimes referred to as minorities or greyfriars because of their habit. In Poland and Lithuania they are known as Bernardines.

Marks, sores, sensations of pain in the hands, wrists, and feet are called stigmata. A stigma corresponds to the wounds Jesus Christ suffered during his crucifixion. When someone bears these wounds, they are referred to as a stigmatist or a stigmatic.

Saint Francis is the first recorded stigmatic. A vision on the Feast of the Exaltation of the Cross resulted in Saint Francis’ stigmata. A second-hand account of this event is accounted for by Brother Leo, “Suddenly he saw a vision of a seraph, a six-winged angel on a cross. This angel gave him the gift of the five wounds of Christ.” Treatment for the stigmata as well as trachoma did not work and Saint Peter died on the evening of Saturday, October 3, 1226. He was about 45 years old when he died. 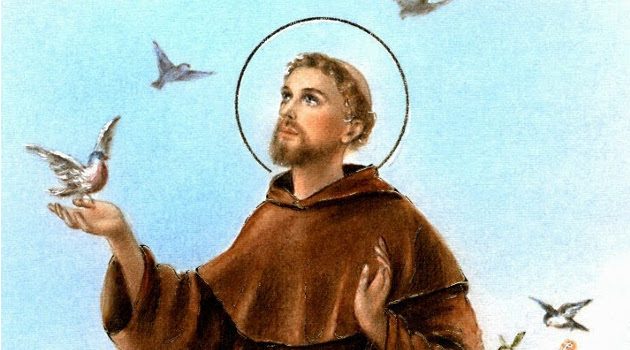 Legacy- What was Saint Francis known for?

Besides the several miracles that Saint Francis performed, he is known for being close to nature and animals. Saint Francis is the patron saint of animals. Animals were known to be drawn to St Francis and this was because they were transfixed by his preaching.

Pope Francis is the 266th pope of the Roman Catholic Church. He chose Pope Francis to honor Saint Francis of Assisi. He was the first pope to choose a name not used by a predecessor since Lando in 913 A.D. Saint Francis is often recognized for his compassion and mercy in his teachings. He was born in born in Buenos Aires, Argentina. When he took his papal vows, he became the first Jesuit pope, the first from the Americas, the first from the Southern Hemisphere, and the first pope from outside Europe since a pope from the 8th century, Syrian Gregory III.

The Feast Day of Saint Francis of Assisi is October 4th and is celebrated throughout the world.