Port wine is famous to be one of the best wines of the world and it’s also from one of the most beautiful countries of Europe: Portugal. With warm weather and a culture so rich, Portugal leaves everyone who visits wanting to live there forever.

Porto is the second biggest city in Portugal and a world heritage site by UNESCO. Located in the north of the country along Douro river, Porto has many architectural highlights and beautiful churches from Roman times. 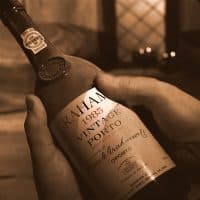 Although it has its name from a city, it is not in Porto that the famous wine is produced. The Port wine comes from the valley of Douro, an area near the river Douro. A place notable for centuries as wine producers (since Roman times).

Douro Valley is a mountain area with amazing views and their very own way to produce the grapes, that together with the soil and their minerals give Port wine a drink with extremely rich and deep flavour.

There are several vineyards in Douro Valley due to the popularity of the Port Wine. However, one never needs to worry about the quality: the vineyards have extremely high standards to produce the Port wine.

Once the British decided to abandon the French wines in 1667, after the french government decided to restrict the import of English products,  Portugal became a big success in England. But the wine of Porto was their favourite and thus this wine was and still is exported all around Europe.

Due to a diplomatic treaty England and Portugal started to trade with a lower tax, especially for the wine. To keep the wine strong and  undamaged during travel overseas, the Portuguese started to add brandy to the wine.

After a While an English Merchant named Jean Bearsley had the idea to increase its degree adding pure brandy to the drink. This was the final touch to transforms the Douro valley wine to Port wine we all know it today.

In 1756 a committee wanted to guarantee the quality of the Port wine. The types of grapes and process of wine making were the most important criteria to label the best wines of the region. There are two categories: vinhos de feitoria (the best wines) and  vinhos de ramo (the most simple wine), the Port wine since them was selected and best ones allow exporting the best Port wine to the world. 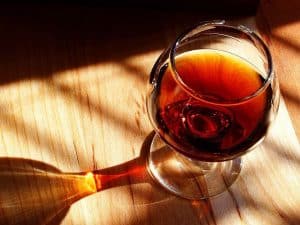 The method to make the Port wine is the almost same though the centuries. Everything is done to keep the same flavour in the wine year by year.

The harvest in valley Douro starts in September and is still hand-made to maintain the same quality as the past. Traditionally you would crush it with your feet. However it changed to modernise the techniques that imitate the maceration. The addition of brandy stops the fermentation of grapes, but increases the alcohol in the wine to finally go to the stage of conservation, to age the wine and gain an amber colour that only the Port wine has.

How to appreciate the Port wine

Traditionally, Port wine is served at the end of the meal, with cheese, dried fruits and nuts to accompany. But each type of Port wine has its owns peculiarities:

Red ports: since most of these are fruity, it is best to drink with cheese or chocolate desserts.

Tawny Porto: rich and mellow with over 10 years or more. It is a wine with caramel and wood aromas, so the best way to enjoy it is with cheese and some desserts such as almond or apple pie.

The Vintage Porto: you can enjoy itself or accomplish with nuts or cheese.

The white port: is the perfect aperitif to serve itself fresh. 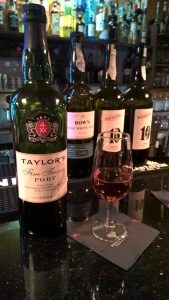 Due to the diversity of the landscapes and its mountainous region, the Douro Valley has a multiple choice of traditional vines, most of them Portuguese grapes. Today 5 or 6 grape varieties stand out to make the best port.

Touriga Nacional: most importantly from Port wine, is rarely available in large scale, what makes the wine unique, rare and expensive. Touriga Nacional has a thick dark skin that produces an intense wine, with an enormous depth, volume and inner strength.

Touriga Francesa: great quality of grape, it is also one of the most produce in Douro. Fruity aromas with floral notes. It is softer than the Touriga Nacional.

Tinta Roriz: this grape give best results in dry years. Has a large berries aroma and evolving with age.

Tinta Barroca: a gourmet wine, fragrant, soft, tender and round fragrance in mouth. It is great when it’s combine with tannic and austere varieties.

Tinta Cão: it a grape that adapts in harsh conditions of the soil, even on the poorest ones. It’s a small grape, with a crisp acidity and a velvet texture and with age it develops a velvet texture.