The Cotswold Way in England’s Countryside and Me

Home > Blog > The Cotswold Way in England’s Countryside and Me 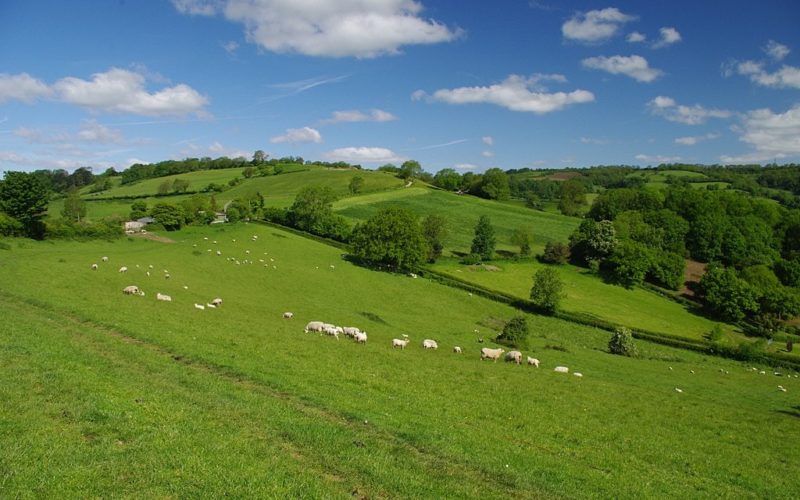 I always knew I wanted to see England’s countryside, not just the big cities. So, I stumbled across the Cotswold Way – a 164 km trail often walked over the course of over a week- perfect for the kind of trip I was looking to do. I am a little bit of a history nerd so I think England’s rich history really pulled me in.

We arrived in Chipping Campden. This is a small town that has beautiful medieval buildings and historic gardens aplenty. It is also a market town so it was bustling with life. We spent the day exploring and snapping pictures of the unique little town. We retired early to rest up for the beginning of our walk the following day.

Setting Off On The Cotswold Way

The walk’s route began at the Town Hall in Chipping Campden. The first days walk was a manageable 16KM – the perfect distance to ease us into the trail. The beginning of the walk brought us up a hill, bringing us out of town as we continued on to Dover Hill where you’ll come across some ancient Roman ruins. This is also the site of the Cotswold Olympics, held 400 years ago. We finished up this section in the town of Stanton – a small historic village with an abundance of character.

Our third day’s highlight was the Stanway House. This is a country manor house that has a beautiful fountain paired with colourful gardens. The manor was owned by Tewkesbury Abbey for over 800 years, followed by the Tracy family and their descendants (the Earls of Wemyss and March) for 500 years. One kilometre later, we arrived in the small town of Wood. This town is then followed by a long uphill that is accompanied by outstanding views over Stanton along the Cotswold Way.

Here we had a little picnic and refueled before continuing our walk. The last town we visited before reaching our accommodation was Winchcombe. This unique town had a ‘Wool Church.’ We then walked onto Cleeve Hill where we spent the night.

Day 4, we had to walk 26 km. The day started with a challenging climb up Cleeve Hill. The top of the hill has extraordinary panoramic views over Cheltenham. These views accompany us for a while longer. We also passed over Prestbury hill and checked out Dowdeswell Reservoir, a thin stretch of water surrounded by green woods.

We completed this section in Birdlip, where we spent the night. Birdlip houses some pre-Roman art and architecture, including the Birdlip Mirror from around 50 AD. This tiny village was at one point the main road connecting Gloucester and Cirencester. A fun pub in this town is the Royal George Hotel from the 19th century.

The fifth day of walking had a cool touristy stop on its route called Cooper’s Hill. This is the site of the famous annual Cheese-Rolling and Wake event. This is happening every Spring Bank Holiday, if it is something that interests you.
After passing through Cooper’s Hill we reached Painswick Beacon. From here we had a beautiful view of the Iron Age hill fort. The end of the day brought us to Painswick, which marks the middle point of the Cotswold Way.

Many people choose to stop and rest in Painswick for a day, but to continue on and maintain momentum, we decided to keep on walking. We began by descending from Painswick, which then brought us over Wash Brook. We then began ascending onto Edge Common, which provided great views of Painswick. From here we entered the woodlands until the path that goes around Stonehouse and Stroud, Haresfield Beacon before we finally arrived in King’s Stanley.

One Week Mark of Walking the Cotswold Way

The one-week-in mark of our trip was a walk of 24 km from King’s Stanley to Wotton-under-Edge. We knew this was going to be a more strenuous section of the trail, and that warning proved true. As strenuous as this section was, it, of course, was worth it. The panoramic views of the green countryside from Coaley Peak on Frocester Hill were spectacular.

I liked this view because you could see the distinction in the different fields by color and shrubbery that separated it off. Today was nice because we walked through varying terrains- pastures, hills, and woods. We walked through woods before descending on to Wooton-under-Edge. This is where we spent the night.

Day eight of the trip, day seven of walking, we had 21 km planned for the day. This day began in Wotton-under-Edge on Valley Road. From there we headed uphill into the woods. This day was difficult for us because it rained all day and the temperature was very low. We were drained and soggy. By the time we reached the Old Sodbury, we were wet and freezing. After warming up, we visited the town’s church. The church is almost 900 years old and still has some of its original features. We headed to bed early after the long and rainy day.

Good thing—day nine was an easy day. With only 14 km planned for the day, we set out from Old Sodbury. The parkland landscapes and little towns we passed through made this easy day enjoyable as well. One of the charming little towns we passed through was Dyrham Park, where we stopped and had a hot lunch. The architecture in this town was very impressive. We continued on through Dyrham Woods, which then brought us through down to Cold Ashton. This little village has glorious views of green landscapes and hills for miles around the village.

Day ten was our last day walking. It was another day that was not super strenuous as we only had to walk 16 km. We departed from Cold Ashton heading south-west through the fields and hills that we admired the day/ night prior. We reached Lilliput Farm and climbed back up until we reached where an English Civil War battle took place. The battle was the battle of Lansdown from 1643. This war was between Parliamentarians and Royalists.

The Parliamentarian army was forced to retire because they suffered so many casualties and were so short on ammunition. Coincidently, the day after the battle, a Royalist ammunition cart exploded, injuring their commander and significantly depleting their ammunition and horse supply. This meant that the Royalists were left vulnerable while the Parliamentarians were geared up to fight again.

We learned all this from the sequence of plaques that describe the progression of the battle. After seeing this historical site, we continued on to walk through Weston and up to Summerhill Road. From here we began our final descent to Bath from Sion Hill. Bath is the largest city in the county of Somerset, England is known for the Roman-built baths that the city houses.

There are several museums to visit in the culturally rich city of Bath, such as the Museum of Bath Architecture, the Victoria Art Gallery, the Holburne Museum, and more. The city is rich in history, architecture, iconic sights, and friendly people. We made sure to take in this enjoyable city before we departed Cotswold Way. What a beautiful walking adventure in the UK.