Discover the Birdlife of São Nicolau | One Foot Abroad 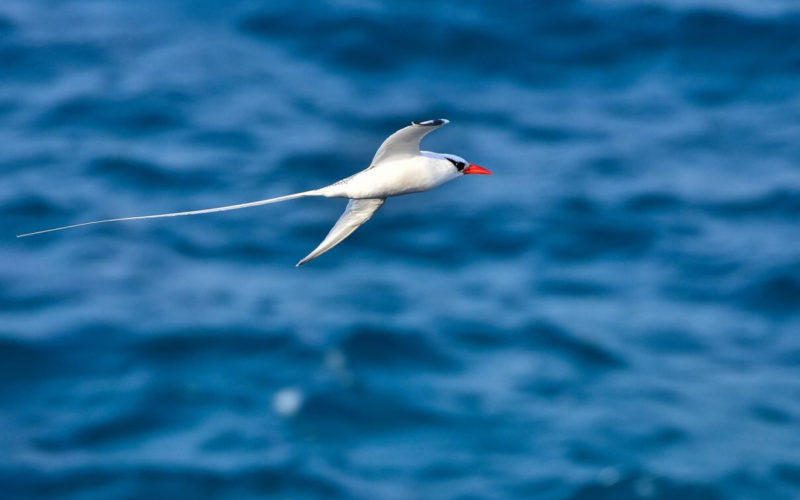 São Nicolau is one of the beautiful islands of Cape Verde – nestled off the western coast of northern Africa. It boasts a wonderful array of scenery, hiking trails, and of course, unique and wonderful birdlife.

For birdwatching lovers, the island’s hotspots are Carberinho and Monte Gordo. These places have the perfect conditions to hike and enjoy natural and respectful contact with local birds.

About 72 species are found on the island, and 3 of them are endemic residents (found only in Cape Verde).

Many of these species are becoming harder to find on the islands. This is due to several factors: worsening long periods of drought due to climate change, habitat destruction, predation by invading mammals, illegal capture, light pollution, and interaction with the fisheries sector.

A monitoring plan is in progress in Monte Gordo Natural Park to watch the levels of birdlife on the island.

Found only on Cape Verde islands, these sparrows are easy to spot. The male is unmistakable with a chestnut-coloured eyebrow extending down to the sides of the neck, a small dark bib, rich chestnut shoulders and scapulars. The female sparrow has a warm buff eyebrow.

Cape Verde Sparrows breed in dry, open habitats, but also in towns and villages. Their calls are similar to that of House Sparrow.

This small swift is also endemic to Cape Verde. They are smaller and more grey-brown than other swifts, with a prominent whitish throat patch. Their tails are more shallowly forked than other swifts.

You will notice that their flight is faster and more fluttering than that of the Common Swift and the closely-related Plain Swift.

Their calls are very similar to Common Swift, but slightly higher-pitched.

The Tchota-de-cana is a medium-sized warbler with a long bill, short wings, and a long tail. They are greyish above with a grey-brown wash below.

Their breeding sites are usually found in reedbeds, but also in sugar and coffee plantations only on Cape Verde islands.

Listen for a unique nightingale-like warble followed by harsher notes. Calls are a rather soft, “chak” and “chrrr.”

This species has one of the most fragile conservation statuses on the island. In the past, it was even considered extinct on the island of São Nicolau, according to Cape Verde First Red List.

This bird looks like a typical gadfly petrel with long, angular wings, long tail, and strong, banking flight. It is smaller than Cory’s shearwater, which could be confused for Fea’s at a distance. It is also very similar to Zino’s Petrel (Pterodroma madeira), but slightly larger and longer-winged, and has a longer and heavier bill and a less “cute” head.

This species breeds on several East Atlantic islands, and forages at sea.

The red-billed tropicbird is a large species, which can measure between 90 cm and 107 cm in length – including its long tail that can reach more than 70 cm in length! Its plumage is mostly white, except for a band in the eye area, black stripes on the back, and the tips of the long wings are also black.

The adults have a robust beak, gently curved downwards and intensely red in colour, while the offspring have a yellow beak.

Its feet have swimming membranes and are yellow at the base and black at the ends of the toes.

This bird has greyish-brown plumage on the dorsal area, except for the feathered caudal covers that are lighter. The ventral part is white, contrasting with the dark brown of the primary, secondary and rear feathers. Its beak is narrow, compressed and yellowish-grey in colour at the base and darker at the tip, which has the shape of a hook.

Juveniles and adults are morphologically similar, and have low sexual dimorphism (difference in appearance between the sexes), with males slightly larger than females.

The last two species can be observed in São Nicolau due to the proximity to Raso islet. This islet is a nature reserve that for several years was the only place in the world where the entire population of Raso Lark (Alauda razae) lived.

If you wish to observe birds migrations, we recommend the cold season between October and February. Grab your binoculars and cameras and let’s go on a hike!

Saniclau Trails is managed by SN Turismo – São Nicolau Tour Operators Association and is sponsored by the Cabo Verde – Social Sustainability Fund for Tourism and by Ribeira Brava and Tarrafal Municipalities.

You can contact them to learn more about the islands and their wonderful active holiday opportunities on +238 595 14 00 and info@saniclautrails.com

Discover the world by walking in 2021!

Discover the real Morocco on a walking holiday lik

We all know that COVID has changed travel, but wha

Burgundy is home to some of the best wines in the

Take the Trip you have been waiting for! Embrace t

Looking for a mix of adventure and relaxation from